Known for presenting unique and talented acts to the Blue Mountains over the last 9 years, Fusion Boutique is really looking forward to teaming up with BB&B to bring the upper mountains even more quality live music at the Blue Mountains’ hottest new live music restaurant and bar.
Craft beers, a great range of wine, cocktails, excellent food and entertainment awaits you.
Bookings are highly recommended and if you don’t want to miss out then call 02 4787 5787 or email to reserve a table. 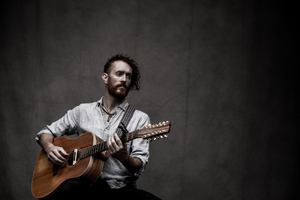 Australian progressive folk/roots artist Jordan McRobbie has fast become known for his honest voice and virtuosic ability on the 12 and 6 stringed guitars, while laying Middle-Eastern and Celtic infused riffs over electronic beats and latin percussion.
Over his career he’s released two studio-records, toured internationally and taken out multiple song writing and performance awards including the West Australian Blues/Roots Song of the Year for his track ‘High Tide’ that garnered the young artist airplay on local and national radio including Triple J.

It has been a mammoth couple of years, playing festivals such as Nannup, Fairbridge, Bridgetown Blues, Peak Festival and over 100 shows a year, including opening for Neil Finn (Crowded House), Angus & Julia Stone, Fat Freddy’s Drop, Nahko & Medicine for the People, and touring with Mat McHugh & The Beautiful Girls to name a few.
Currently recording his forthcoming EP (Featuring members of Wolfmother & Dead Letter Circus) McRobbie now has his sights set on touring the record through Australia in 2019, followed by Europe and North America.

“Jordan McRobbie is an amazing contemporary finger-style guitarist. He has complete command of his instrument with intense guitar percussion, finger tapping, and lightning fast Celtic grooves! And this guy can sing! A great, strong, clear and articulate voice. His performance had 100% commitment with the intensity of tightly wound steel spring. He even added harmonica to the performance, truly a modern day one man band!” – Allan Spencer, Perisher Peak Music Festival 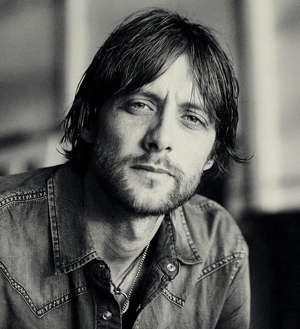 From his early days with Brisbane’s Pretty Violet Stain to his current status as Australia’s leading proponent of Alternative Country / Americana, Shane Nicholson has become a steady and constant figure in the Australian music industry.

He has won 3 ARIA awards – for his solo album Hell Breaks Loose in 2015 and his hugely successful collaborations with Kasey Chambers Rattlin’ Bones and Wreck and Ruin, 10 Golden Guitar Awards – including 2018 Male Artist of the Year – and an APRA award.

Shane is widely regarded as a major player in the Alternative Country field in Australia and the USA, having been nominated multiple times at the Americana Music Awards in Nashville. His latest offering, the highly acclaimed “Love and Blood” was released in July 2017 on Lost Highway / UMA.

“One of the country’s finest songwriters.” – Rhythms Magazine

“Shane Nicholson doesn’t fool me with his tough guy exterior and his refusal to smile in photographs, the guy is a marshmallow, a poet, a genius” – Beccy Cole

For most people, there is a point when they decide that they’d like to play an instrument or learn to sing, and what follows is years of lessons and not a lot of performing. For Raechel Whitchurch, it was exactly the opposite. She took up mandolin at the age of eight to help out in the family business. It wasn’t a hobby – it was a way to make a living. The fact that she fell in love with making music was just the cherry on top.
Raechel grew up in an eclectic family of six who travelled to the most remote parts of Australia, lived in an old, green Millard caravan, and paid their bills by playing music at pubs on the weekends. Raechel, her parents and three younger siblings travelled from town to town, performing in a country family band that was slightly left of centre. Naturally, music is all she has known for as long as she remembers.

Many years of touring and performing have earned Raechel the right to step onto a stage with a natural confidence that immediately makes you feel at ease. She shares stories of her life that are hilariously relatable, and in the next breath is able to sing a song that can break your heart in a matter of minutes. Her big personality, skilful songwriting, and sincerely raw voice, has given her the opportunity to perform with many incredible artists, such as Kasey Chambers, Lisa Mitchell and Ruby Boots.

The Chambers family have remained close friends of Raechel’s, with Bill Chambers producing her debut EP ‘Outlaw’, and Kasey Chambers featuring on one of the tracks, “Sure Thing”. The first single, “Kerobokan Blues”, is an upbeat, but lyrically dark song, sharing the story of a man retelling his final memories in jail before his death.
Because what good country record doesn’t have a song on it about being in jail.

Doors Open 8pm. Show Starts 8:30pm.
General Admission. Room configuration will be a mix of theatre style, cabaret style tables and chairs, cocktail lounges and standing.
*Please note that this event is an over 18 years only. No minors will be granted entry to the event.