Gretta Ziller will be graciously doing a live stream on her Facebook page from 7.30pm Friday 22nd May for a short virtual ‘Gigs on Govetts’ session: www.facebook.com/GrettaZiller 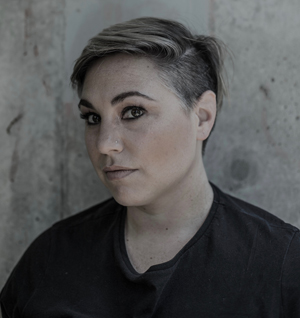 We are very pleased to welcome Gretta back for her single launch tour.

Gretta Ziller is an Americana Folk Singer/Songwriter with an ever-growing list of musical accolades. Her name may have more meaning at this stage in her career to the Australian Country Music scene, having recently been a finalist in the Alt-Country Album of the year category of the 2018 Golden Guitars, but just like Lucinda Williams she is as much folk/blues/country singer-songwriter as Lucinda and her placing in the finals of the “Americana” category of the 2016 Unsigned Only & a semi-finalist in the 2017 International song writing competition cemented that.
Gretta was a 2015 Toyota Star Maker grand finalist and has also been involved in the Telstra Road to Discovery competition gaining a spot in the 2013 grand final, that same year she was the TSA/APRA New Songwriter of the year. With vocals that range from sweet folk to gritty blues you’d never know Gretta started off her career as a Classical singer, and song writing idols like Steve Earle, Jim Lauderdale and Paul Kelly, Gretta is finding a multitude of welcoming arms for her blend of Country Folk & Americana music.
In 2017 Gretta has played alongside the likes of Shane Nicholson, Bennett, Bowtell & Urquhart, Brad Butcher, Paddy McHugh & Lachlan Bryan just to name a few. Gretta released her debut album September 1 through Social Family Records.

First impressions aren’t always right. If you’ve been foolish enough to nail down the sound of acclaimed songwriter Gretta Ziller, then prepare to have the rug pulled out from under you. Queen of Boomtown, her stunning debut record, defies categorisation and demands repeated listens.

Since it’s release in 2017 Queen of Boomtown was not only long-listed for the Australian Music Prize but Gretta was also invited to perform at the Melbourne launch along side Jen Cloher & Birdz. The album received rave reviews from press, including Rhythms Magazine and a 4 star review from Rolling Stone Magazine. ‘Slaughterhouse Blues’ the first single from her album was also given an Honourable mention in the 2017 Unsigned Only and International Songwriting Competitions. The album was nominated for a Golden Guitar as well as an Age Music Award in 2018 and Gretta was mentored by Tom Busby (Busby Marou) as part of the 2018 APRA inaugural female songwriters mentorship program. Gretta was also an APRA PD finalist & performed at Australian Music Week November 2019, most recently she received a Golden Guitar nomination with ‘Vocal Collaboration of the Year’ for her song ‘Second Hand’. Gretta is due to release her second album mid 2020.

Announcement: In light of the current situation surrounding COVID-19, Blue Mountains Theatre at Springwood has had to cancel all programming until 31st July 2020.

While a reschedule of the concert would have been most ideal, the immediate future of live events and large gatherings is still uncertain and it has been decided that this show will need to be cancelled.
All ticket holders will have been contacted to arrange the refund of tickets already sold.
Hopefully we will be able to arrange another show further down the line. 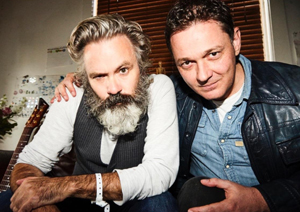 Best known as the middle-men of two of Australia’s greatest musical-comedy trios, Paul McDermott (DAAS – Doug Anthony All Stars) and Stephen Gates (Tripod) have been friends for 18 years, and singing together in private for five years.
It’s time for them to share!

The poetry of their lyrics and the beauty of their voices have enthralled audiences, with demands for further shows coming from all corners of Australia.

Don’t miss the chance to see these two extraordinary talents, together, on stage. After their last SOLD OUT Blue Mountains performance in 2019 we advise booking early to avoid disappointment.

“Audiences need to rush and get a ticket to this show.” – Entertainment Hive

“From the moment they entered the room together, their energy was undeniable… once they reached the stage, they were unstoppable…” – The Music, Perth

Ticket prices are Adult $55, Concession and group bookings 10 and over $52.
Tickets can be purchased online at any time or over the phone or in person Monday to Friday 9am – 5pm from the Blue Mountains Theatre & Community Hub 02) 4723 5050.